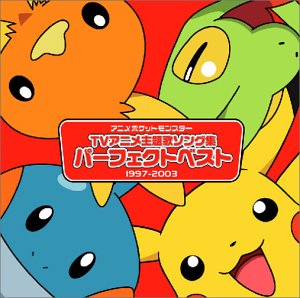 
Containing opening and ending songs from all the seasons of the series (up to Advanced Generation), this album is packed with fairly good stuff. Of course, the main reason I like this album is because I've already got all the music from the OTHER albums, so there's nothing new for me to Google for weeks for :D